has other multipurpose rooms and offices

Located in the historic heart of the city of La Orotava, on Tenerife island, the Teobaldo Power Performing Arts Centre, formerly “Cine Orotava”, stands on the site of the old “Casa Currás” from the 18th century. Originally intended for cinema and housing, carried out on the basis of a project signed by the architect Félix Sáenz Marrero, it was completed in 1957. The building has two well-differentiated parts with different languages: while for the housing block Félix Sáenz went to repertoires released decades before by the Provincial Housing Prosecutor’s Office, the design of the movie theatre shows a building with simple and rational architecture. Subsequently, after the acquisition of the building by the La Orotava City Council in 1989, the complex undergoes various interventions to improve accessibility and adaptation to its use as an Auditorium.

The potential capacity to accommodate users from the entire north-central half of Tenerife, together with the original good quality acoustics and the wide flexibility of uses of the building after its reform, constitute a solid base to reposition this venue in a place of reference for culture in Tenerife and the Canary Islands.

Fernando Menis’s redesign and expansion project proposes solutions that guarantee the conservation of the building while adding a reversible infrastructure that is respectful of the original acoustics by enhancing the functionality of the building. Thus, in addition to basic actions (reinforcing the structure, replacing the roof, updating of stage equipment and services, adapting the building to universal accessibility requirements), it proposes several strategic actions to recover the brightness and the relevance of this cultural venue.

Reference building: in a symbolic gesture that reaffirms the relevance of the Teobaldo Power Auditorium, the intervention recovers the original entrance through the main façade instead of the side façade. Originally the access was made through the chamfer of the main building, where today the Municipal Tourism Office is located. The change of access took place as a result of the expansion of the stage to host symphonic concerts, condemning the old stairs, now covered with a metal substructure that supports the stage gained from the hall.

Greater visibility: Given the great original value, the seats are restored to comply with the regulations and to guarantee the visibility of the stage, increasing its height. For this same purpose, the stage level is reduced.

Respect for the original acoustics. In order to preserve the great acoustics of the hall, acoustic variations of the incorporated elements have been avoided. Thus, the seats in the hall are restored without variation in acoustics, the seats in the amphitheater have an acoustic behavior very similar to the original ones, the acoustic infrastructure is acoustically invisible and the cork in the hall is replaced by one of the same characteristics with the corresponding fire treatment.

Multifunctional complementary structure. The most striking, although reversible, intervention is carried out with an auxiliary infrastructure, which respects the existing configuration of the hall while providing functionality and versatility. It can be used as a support for spotlights, projectors, installations but even as a balcony for the public thus allowing performances that need to extend beyond the stage and with more complex equipment. 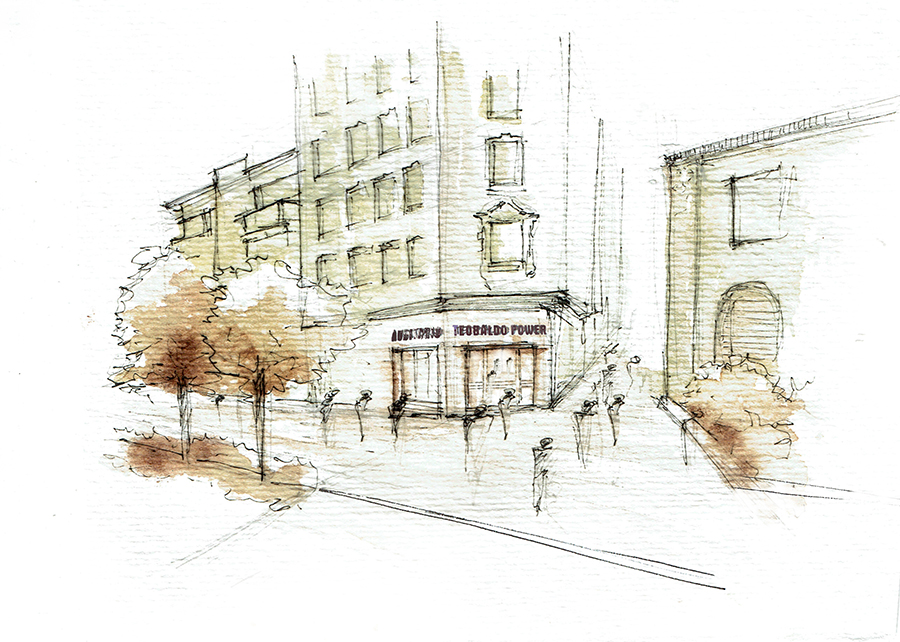 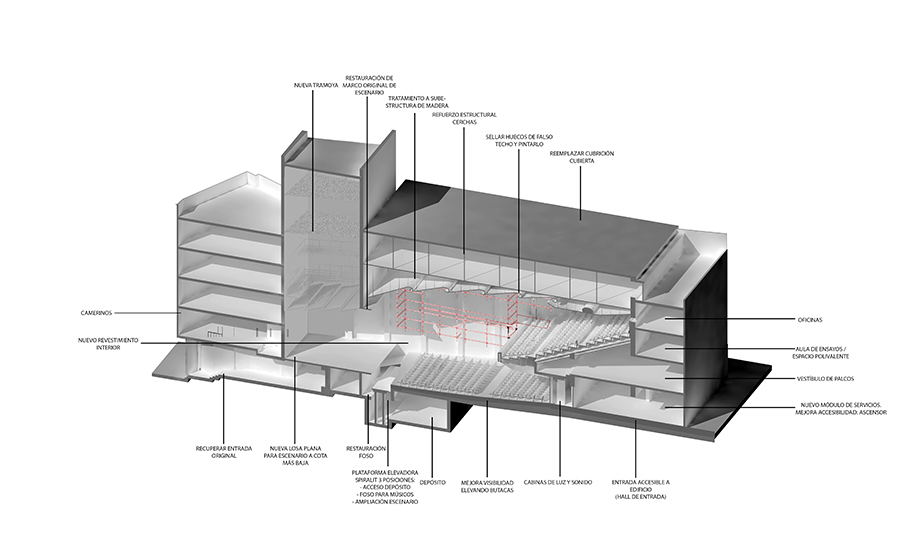 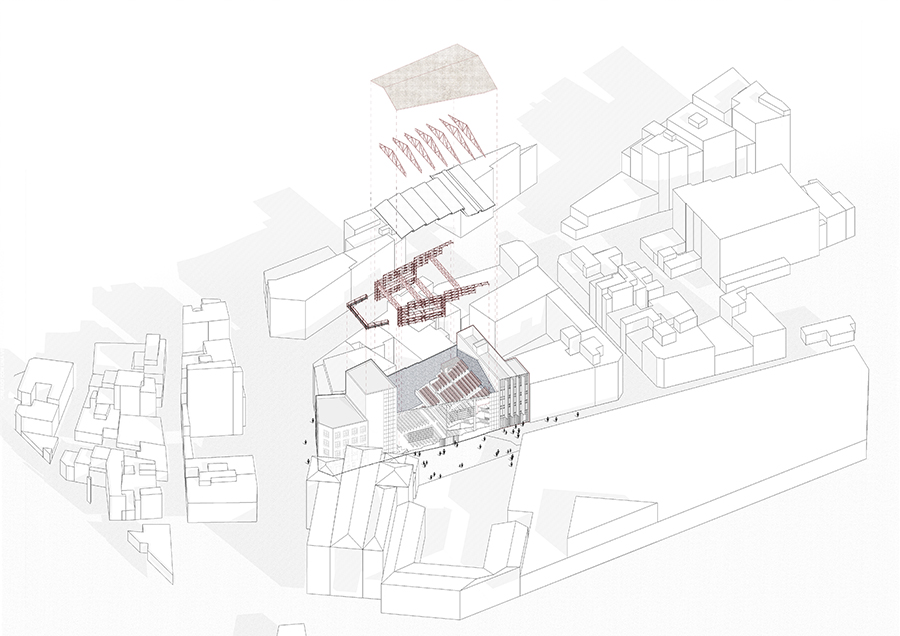 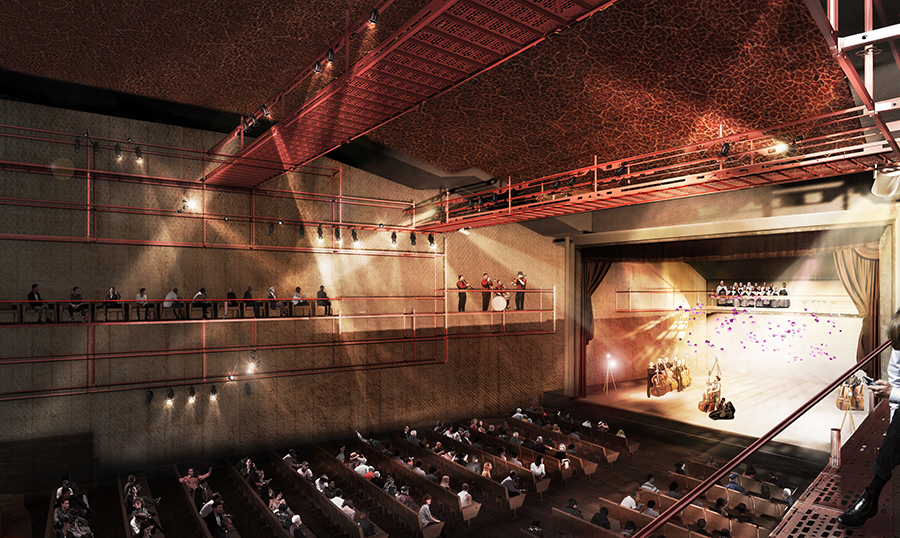