Set within a green ring around the historic city centre overlooking the Vistula River, the building lies low and is buried to avoid blocking the views over the river, occupying only half of the site in order for the other half to become a public park. Its Concert Hall features an innovative variable acoustics design that is able to adapt to different capacities and acoustic needs thanks to its dynamic ceiling and the “picado” finishing of its walls. For sound reflection, the “picado” is made of concrete and reclaimed red bricks, and for sound absorption the concrete is mixed with porous volcanic stones. This acoustic adaptability supports flexible spatial distributions: the halls can be joined, separated or opened to the outside. Bricks reflect sound better than wood, which makes them suitable for spaces where the correct diffusion of high, medium and low pitched sounds is needed. Besides paying tribute to Torun’s historic brick façades, CKK Jordanki’s “picado” opens the possibility for the creative reuse of discarded bricks as an acoustic design tool. 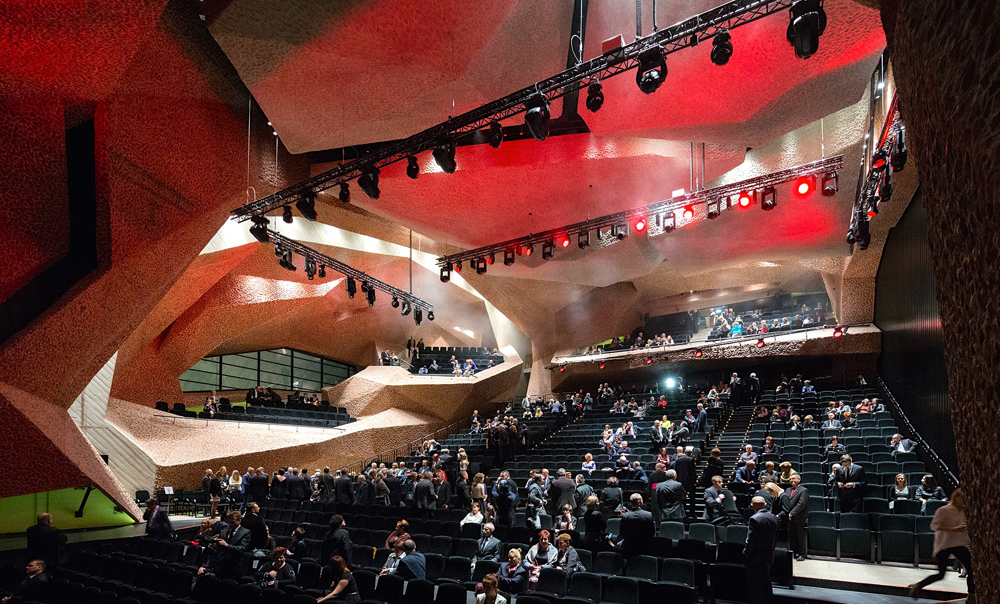 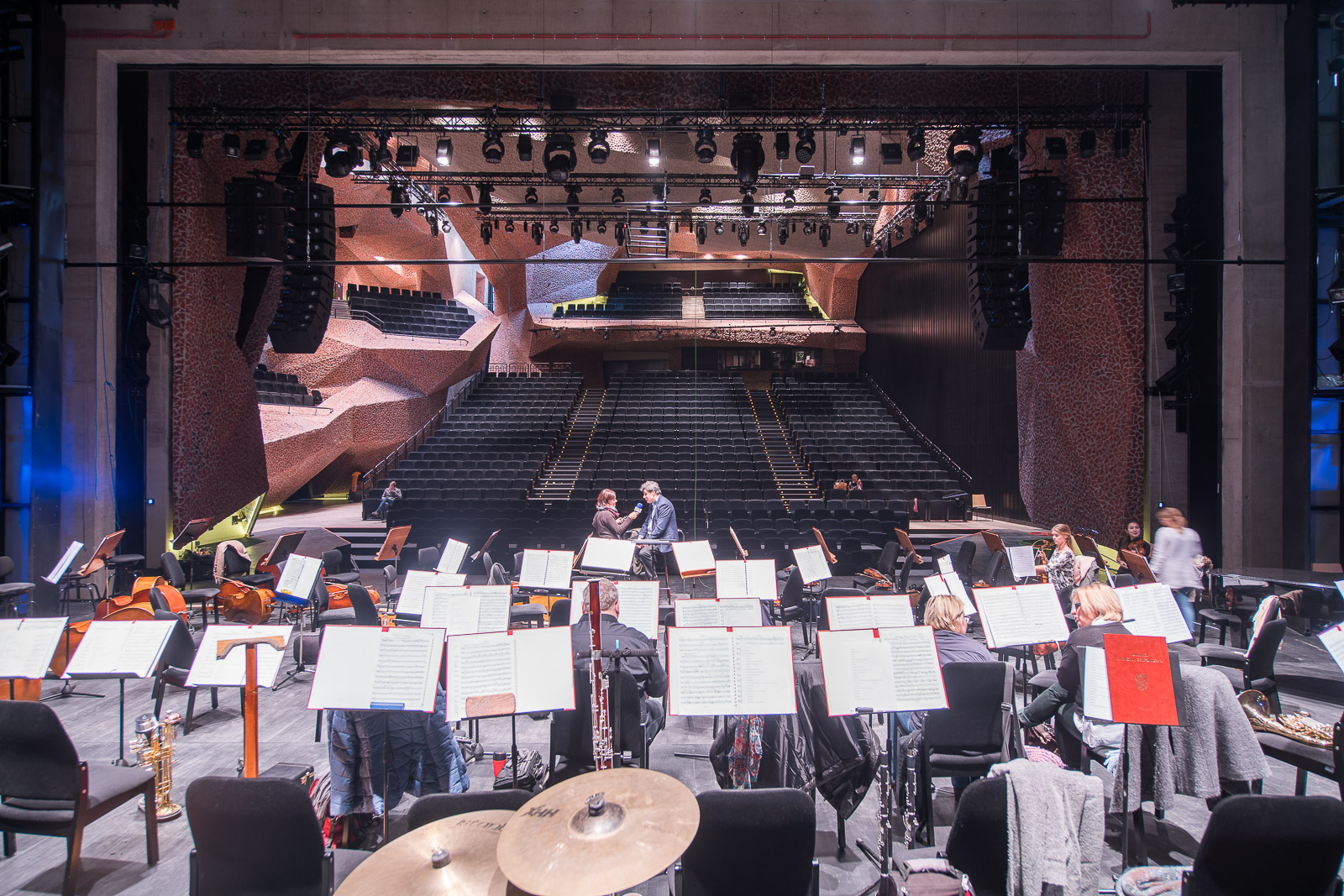 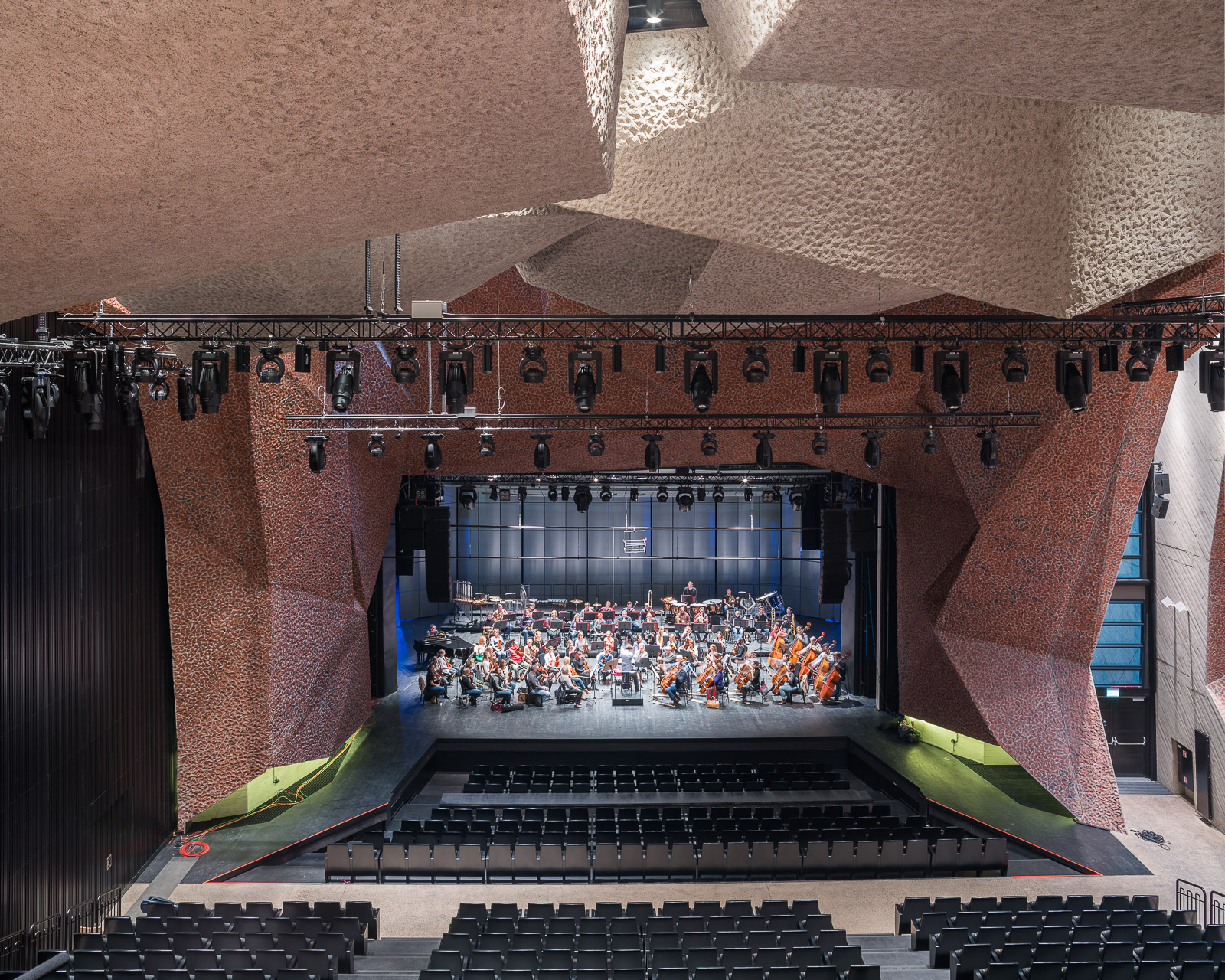 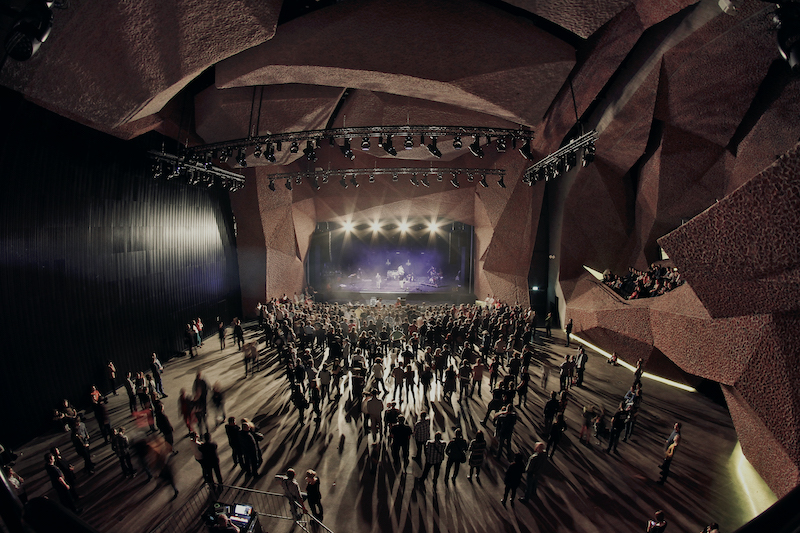 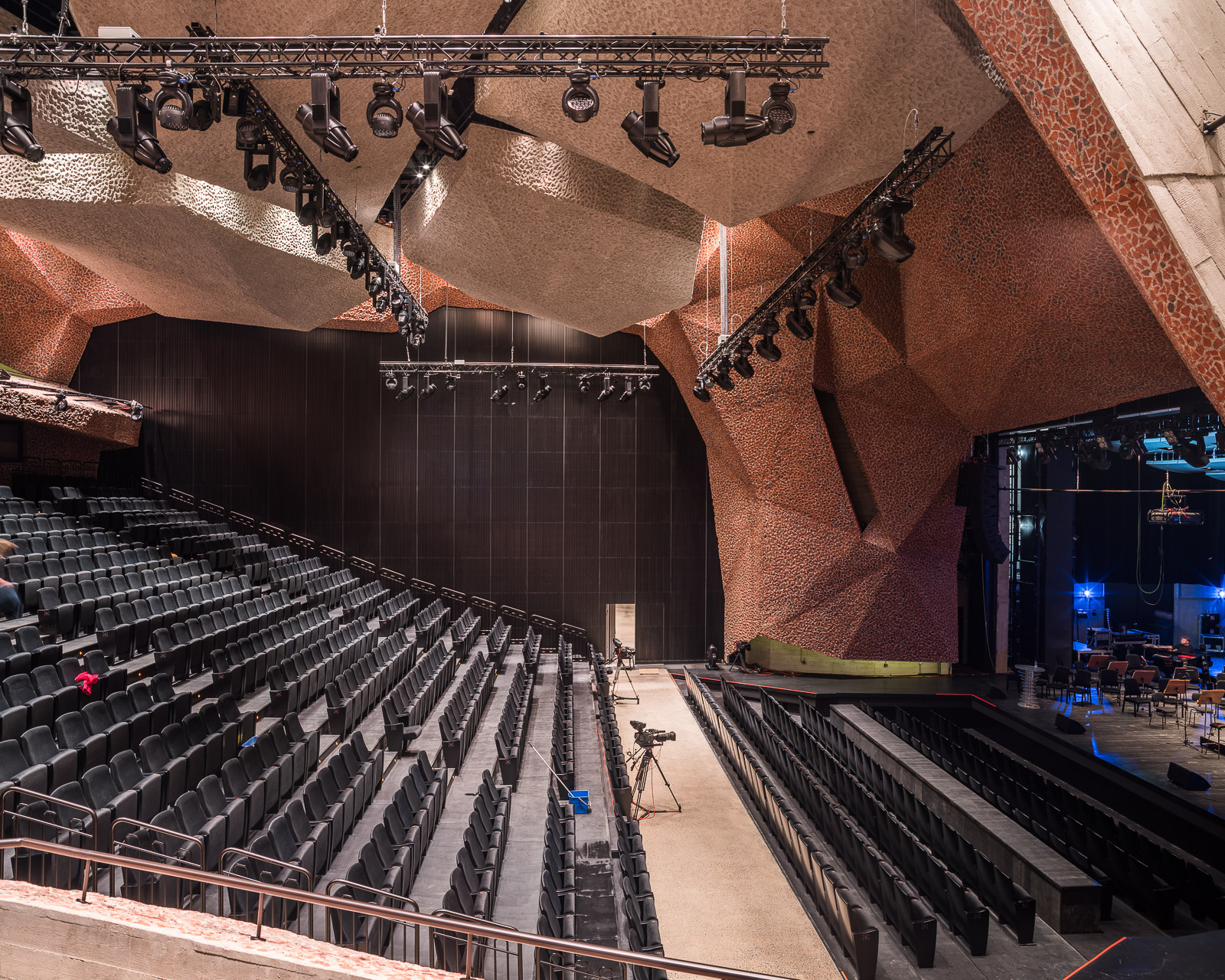 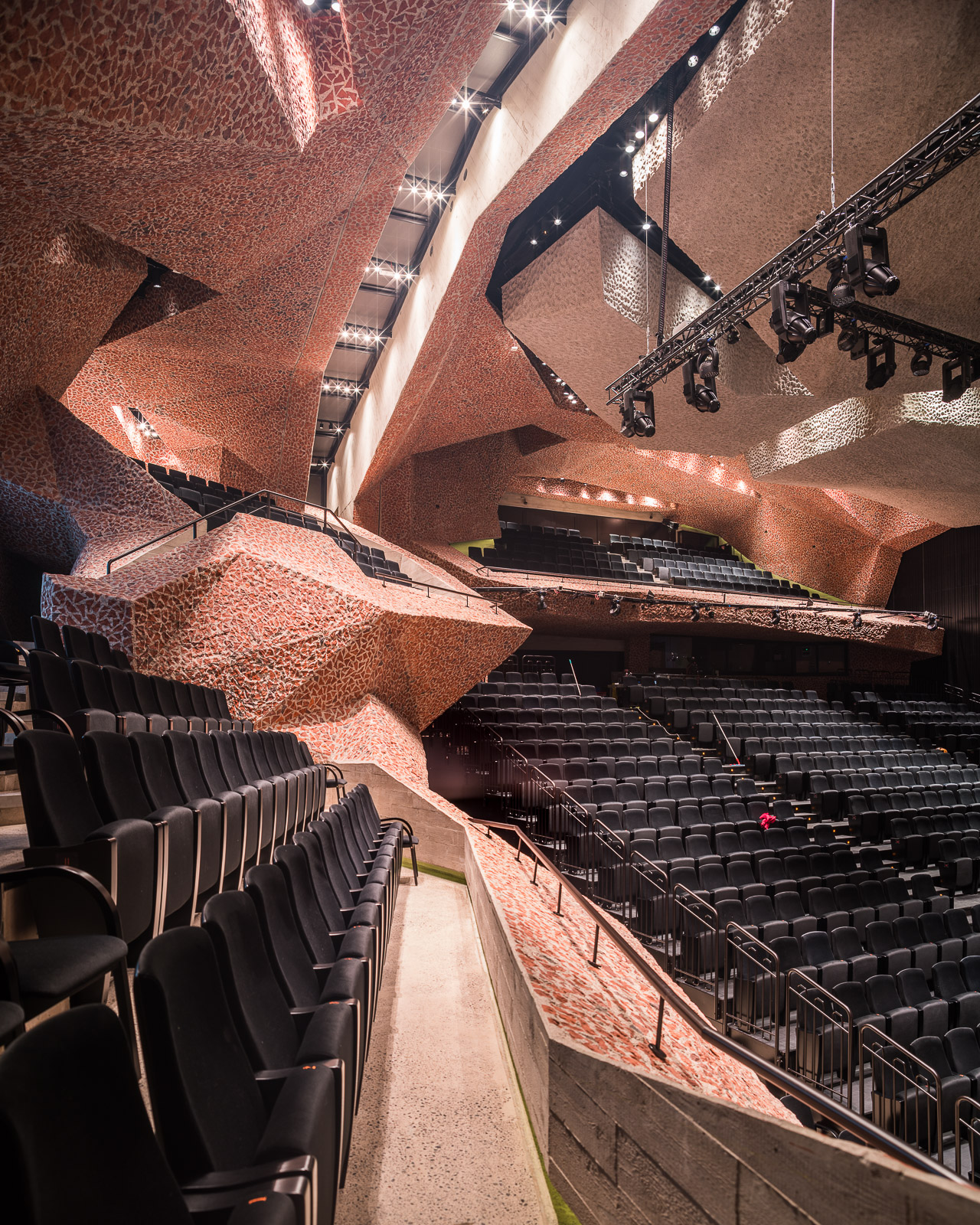 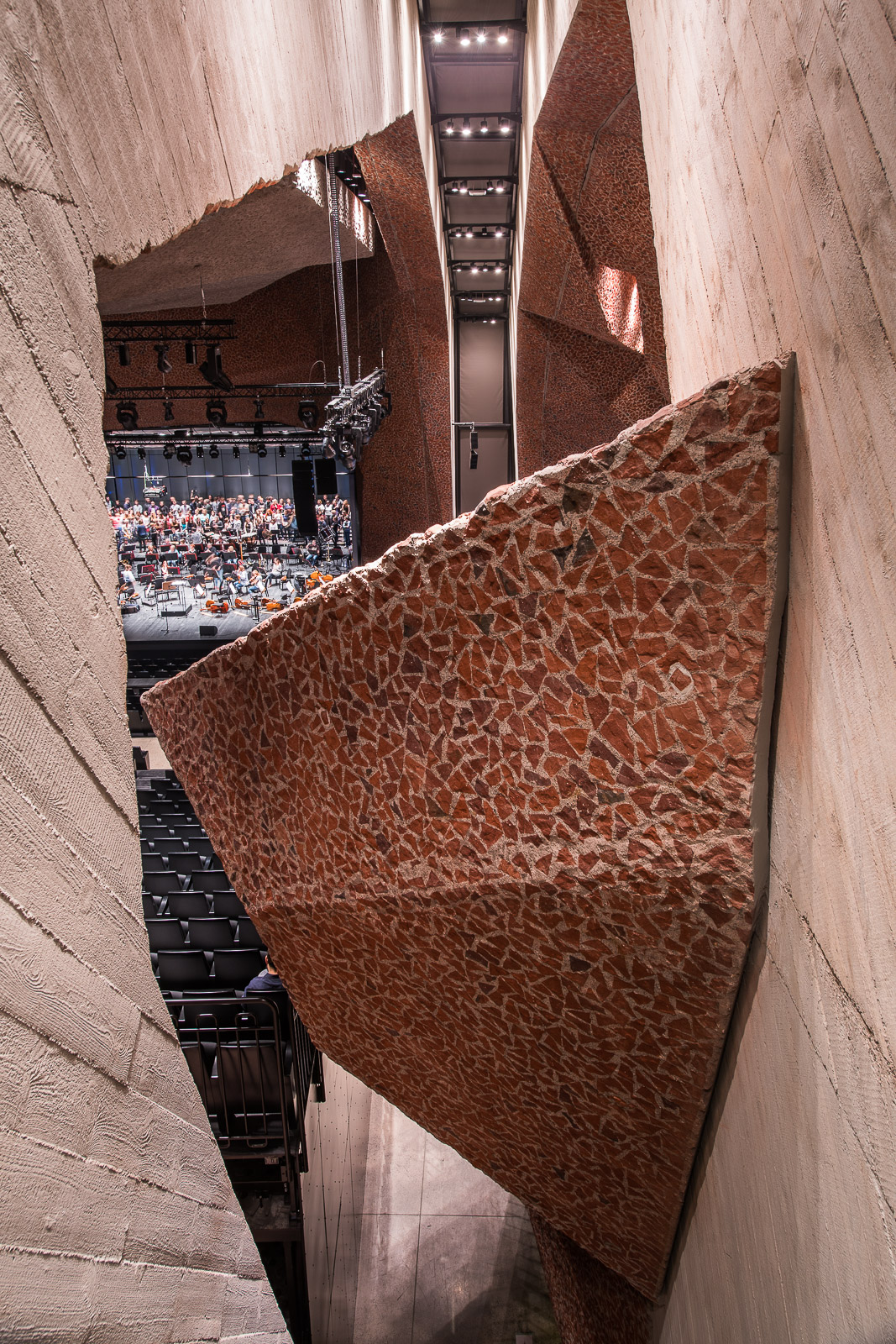 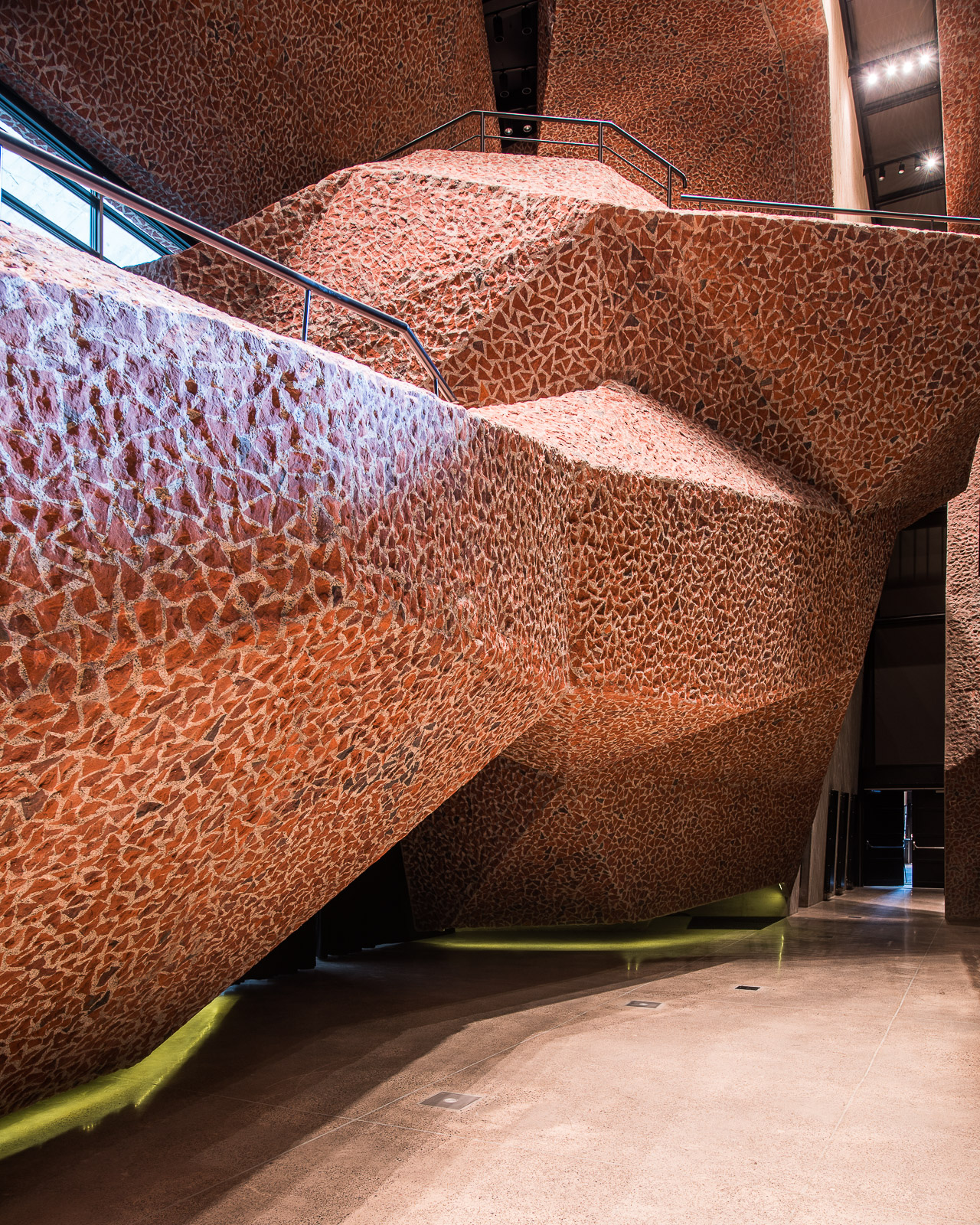 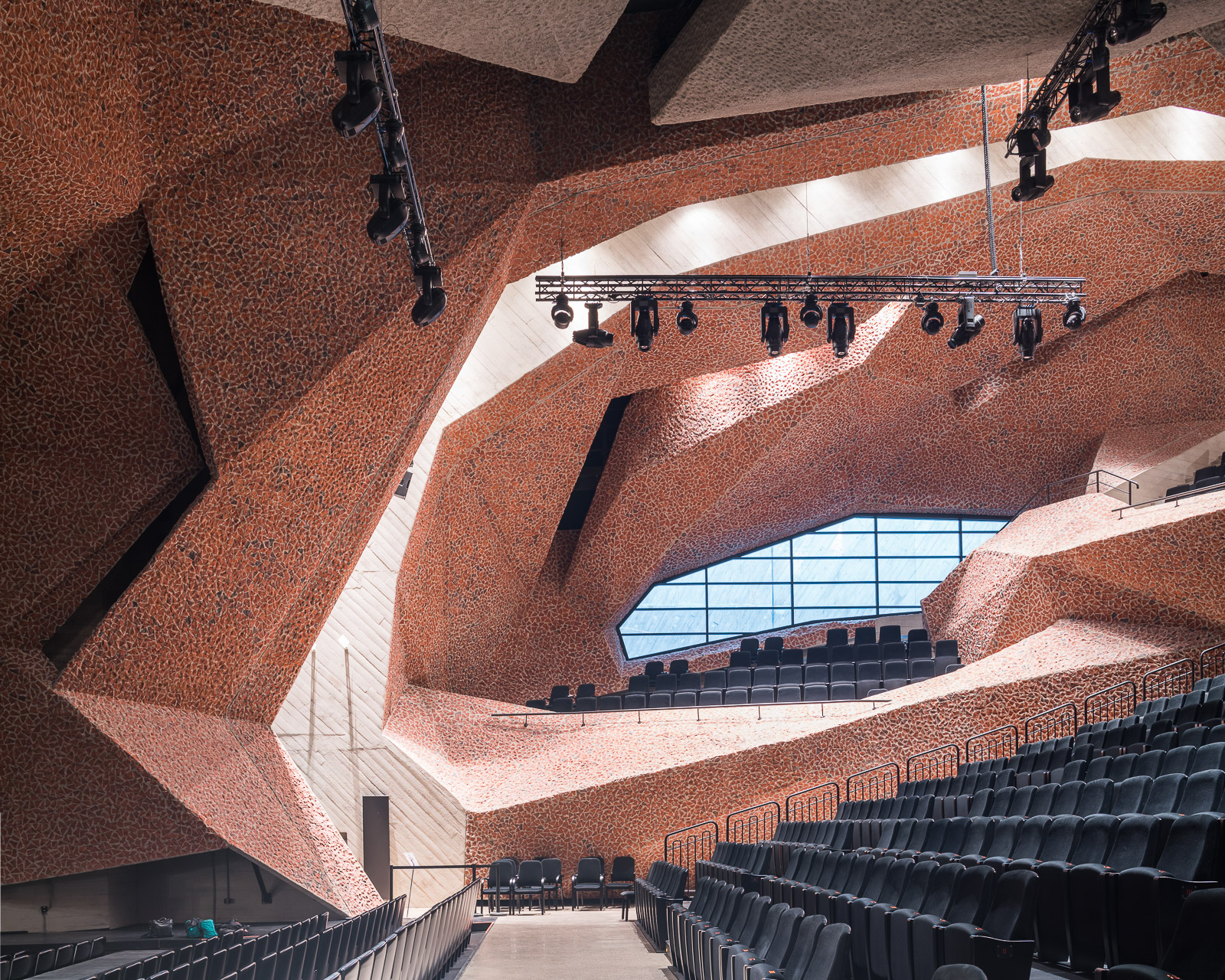 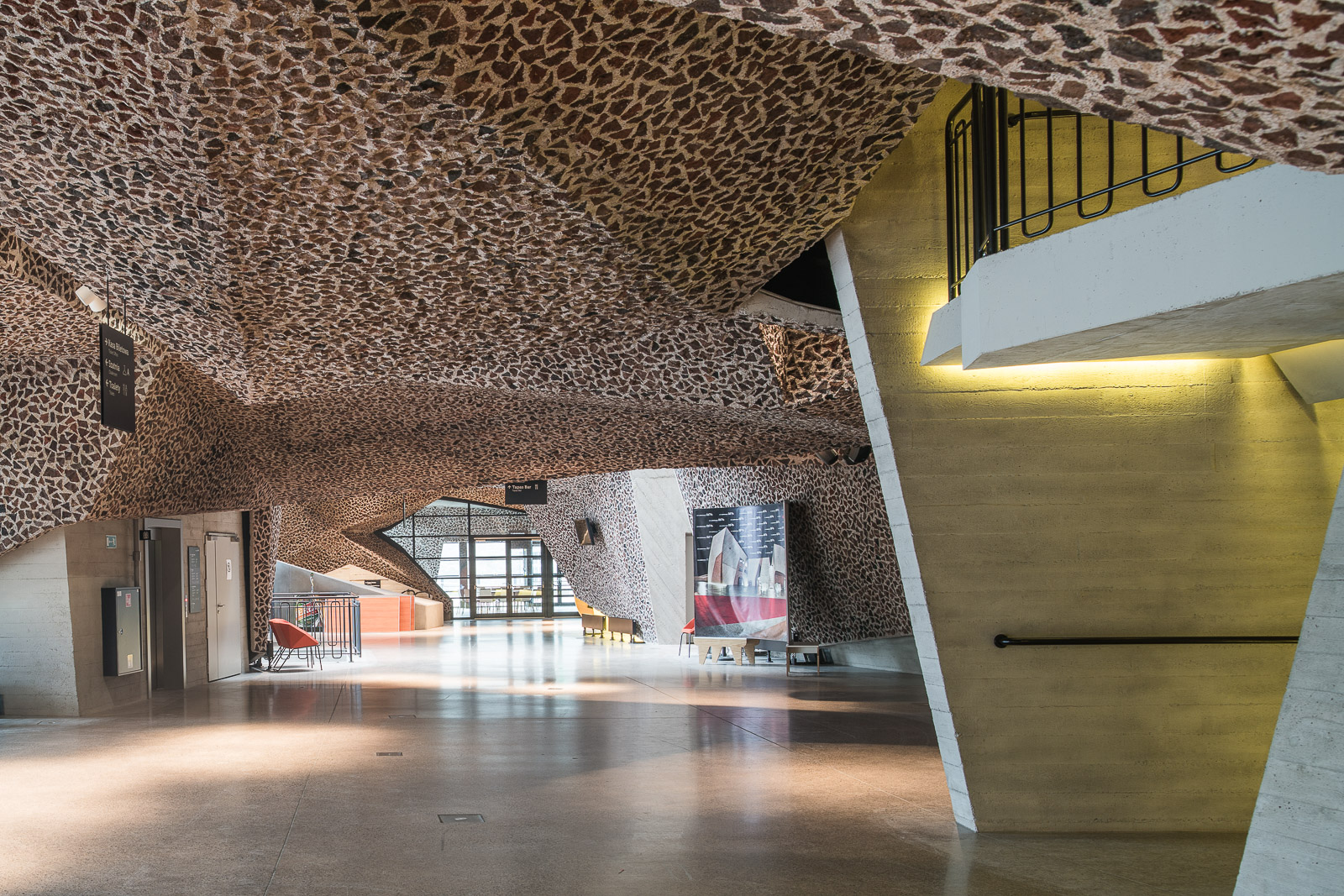 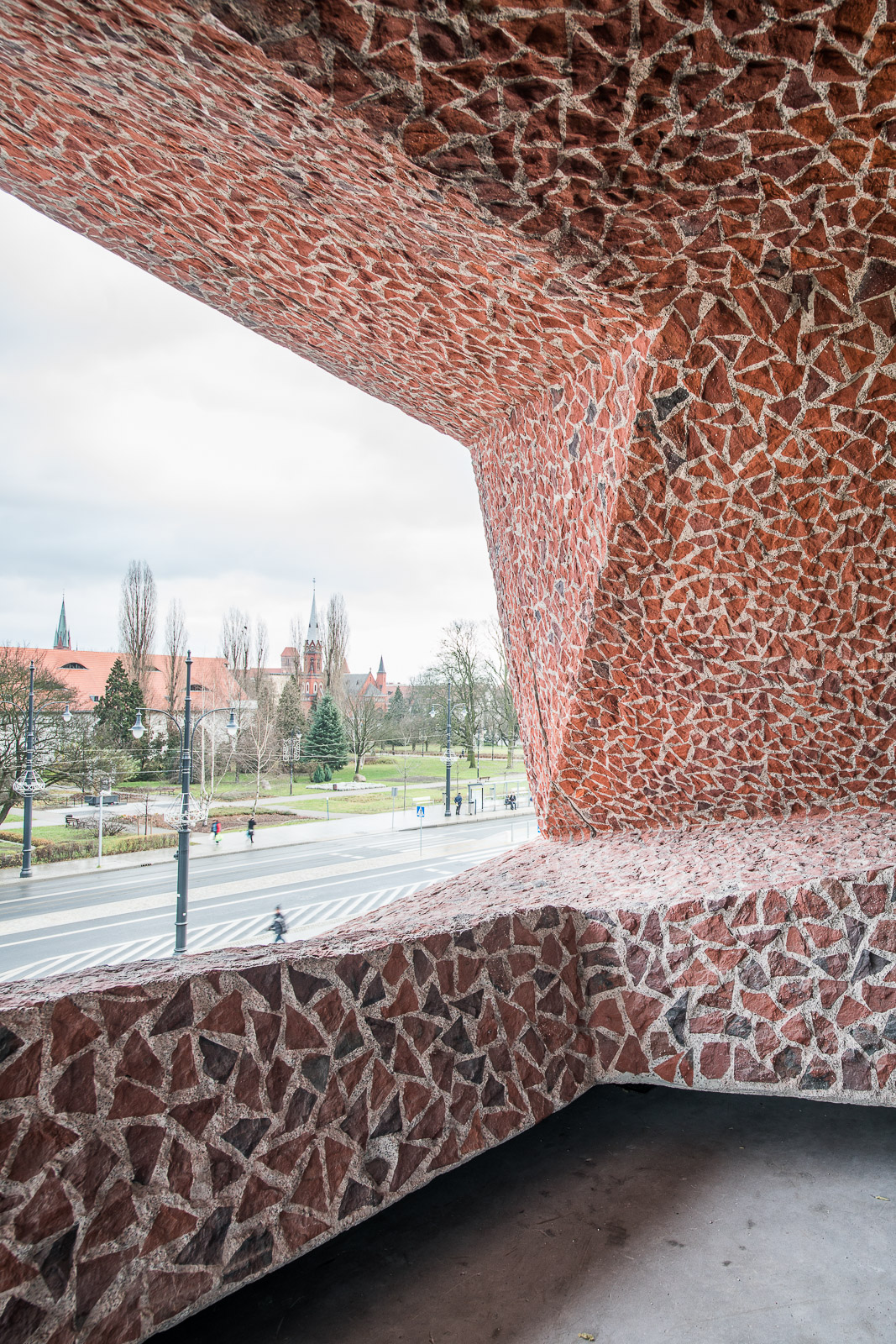 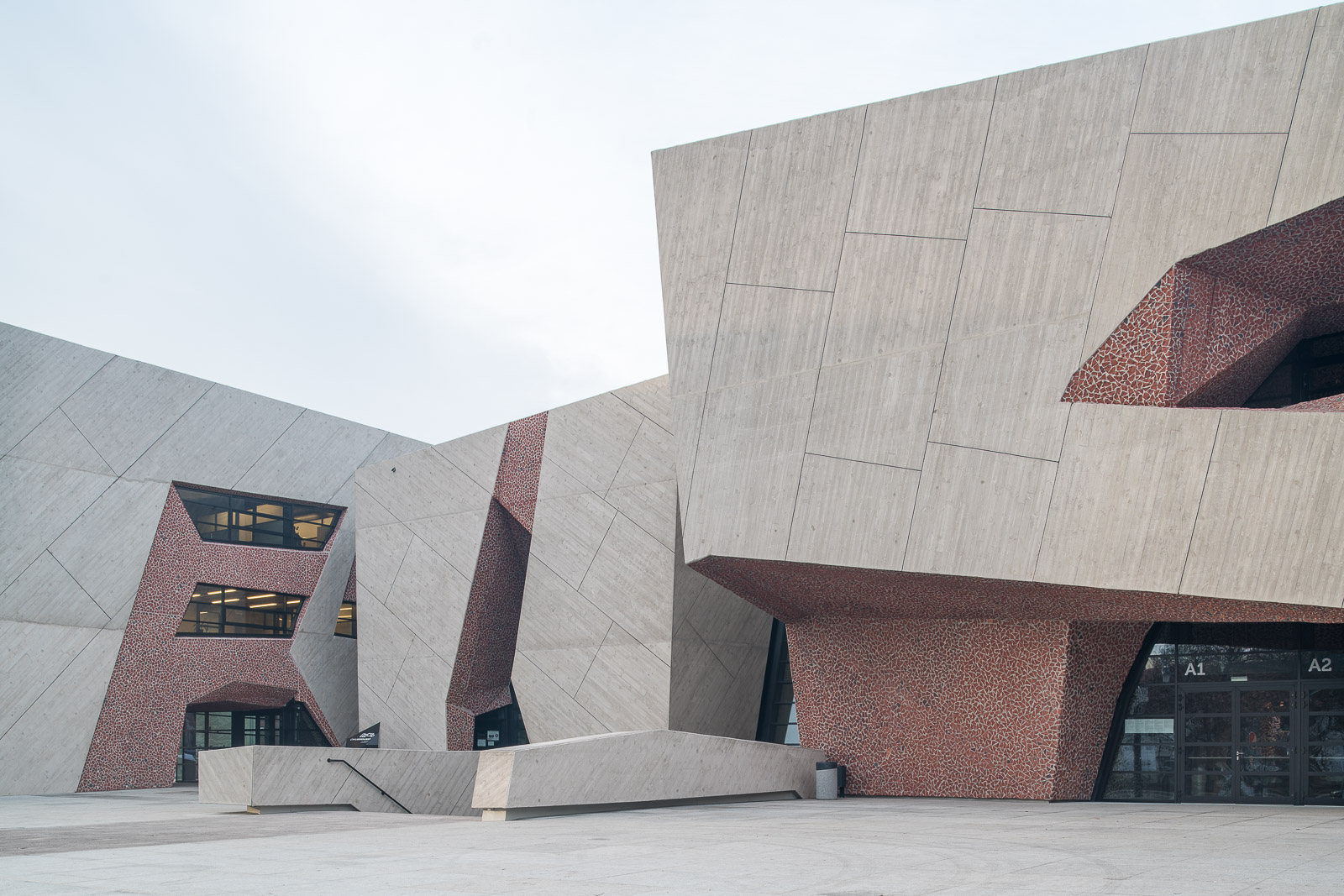 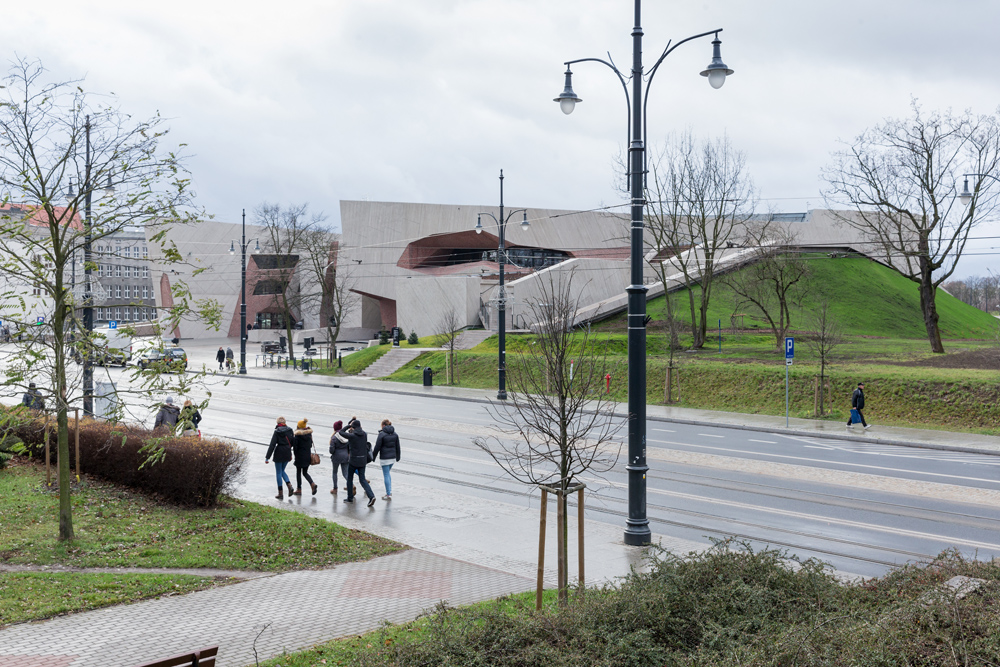